Trilifter is specifically constructed machine in USA for industrial relocations. It is designed to move heavy loads in confined spaces.  It is perfect for moving heavy industrial machinery and equipment, and tilting and setting presses. Whatever the Trilifter picks up, it can carry.

Easy to transport, the Trilifter can be driven on and off a low-boy or tilt-deck under its own power.  Digital display of load weight, boom and counterweight position, coupled with two-speed hydrostatic drives, permit precise handling in the most demanding and confining situations.

Automatic overload shutoff prevents the operator from exceeding design capacity regardless of load configuration or position.  Wide wheels spaced to distribute the weight of the Trilifter and its load minimizes floor loading.

with boom extension up to 3m (with optional JIB up to 6m) height up to 7,1m and load up to 75t, the Trilifter can reach the middle of most presses, tilt them up and set them in the pit.  The boom extends horizontally, permitting lifts with little head room.  And better than a mobilecrane, the TriLifter can drive with its load.

with the optional Fork Attachment, the Trilifter can be operated like a conventional forklift truck with massive lifting capacity up to 60 tons to 5 m height .  With its low profile, the Trilifter can drive in through a standard 3m high door .

the Trilifter can lift up to 100 tons to 7,5m height on top of its boom. The Control System keeps the load level at all times.  Ideal for installing overhead bridge cranes, the Trilifter can pick&carry, rotate, and lower the bridge crane into position.  Rear wheel steering provides superior maneuverability.  For added capability two Trilifters can be used together with lifting beams as a 200 ton gantry. 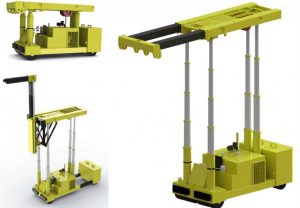 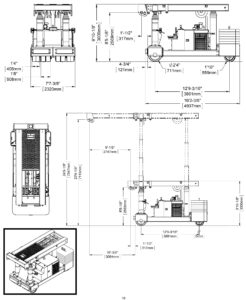 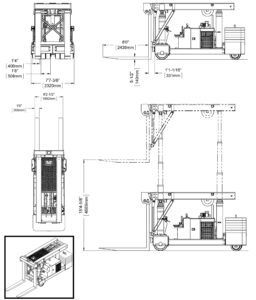 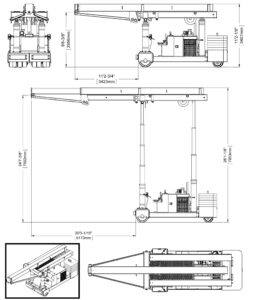 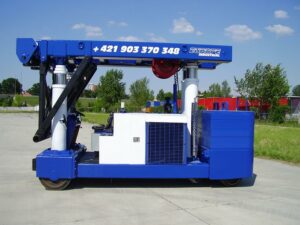 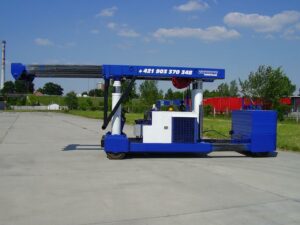 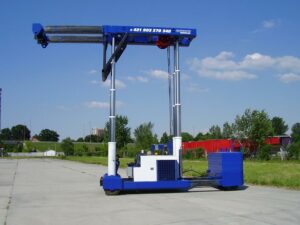 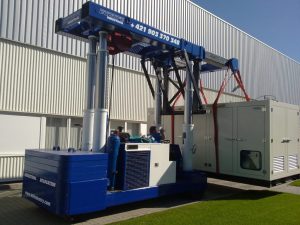 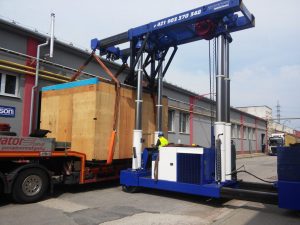 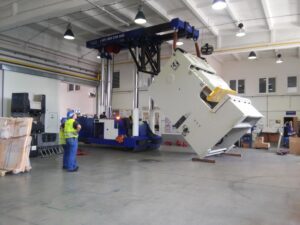 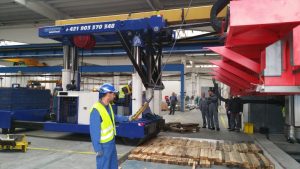 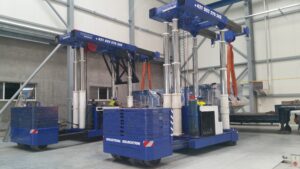 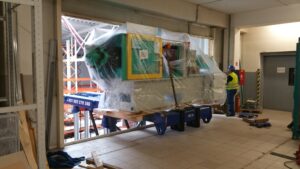 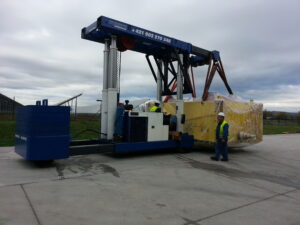 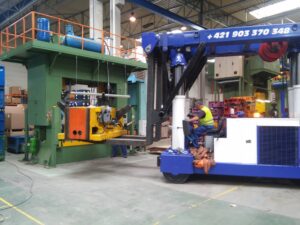 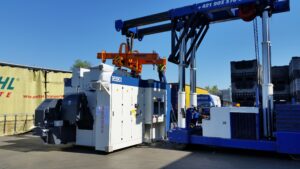 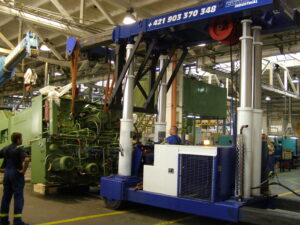 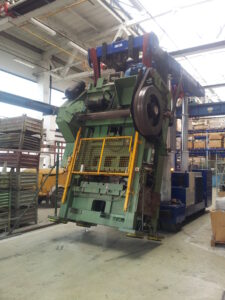 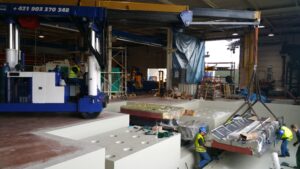 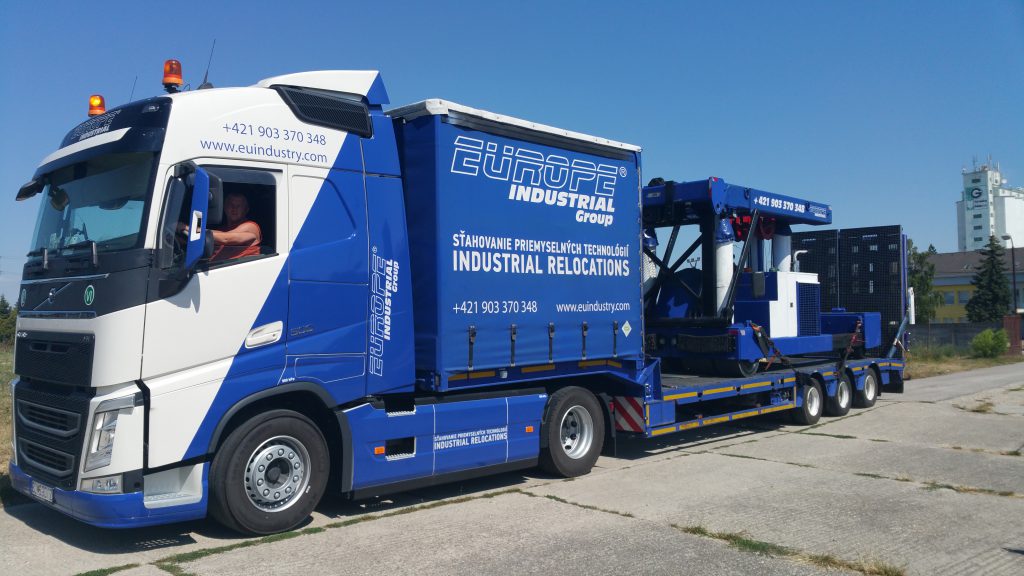 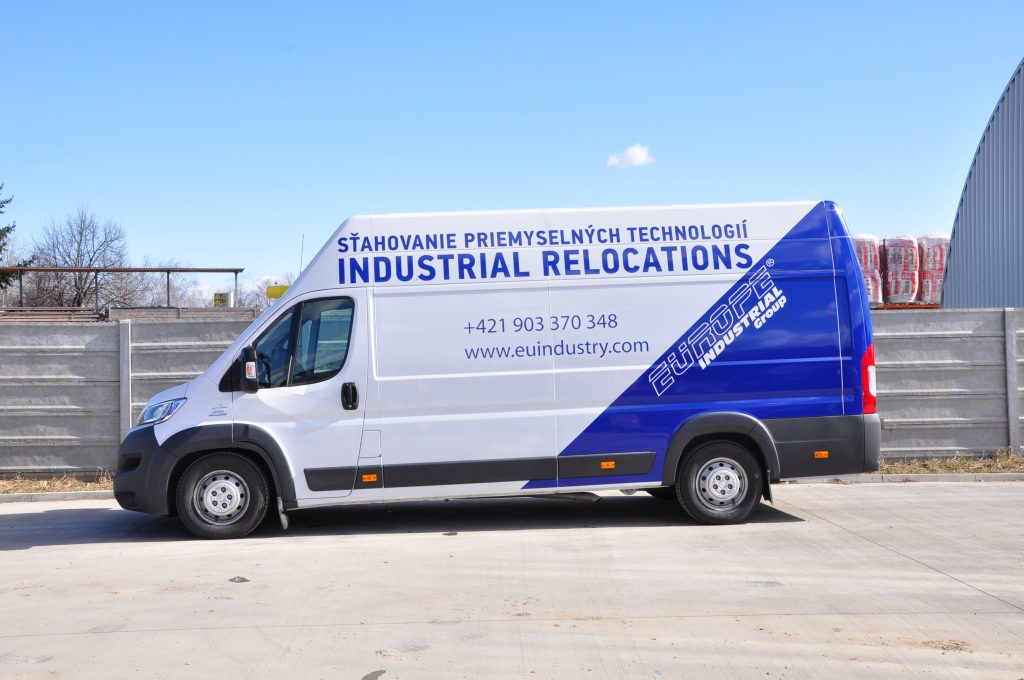